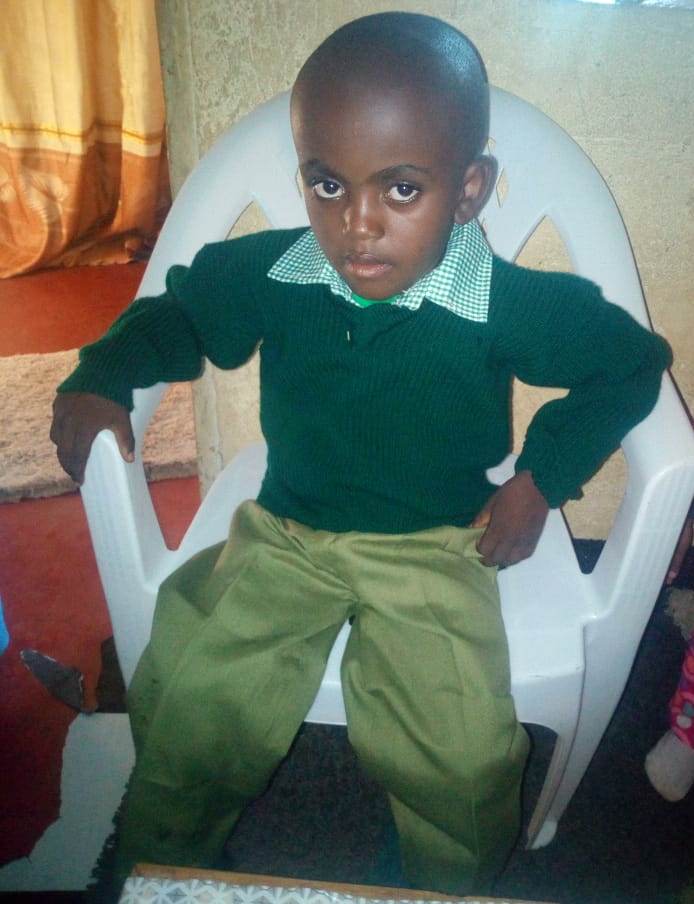 On Wednesday (25.06.2018) I made some calls to do a follow up on Martin and was lucky to get a lead on him. He was taken in by a former teacher of the hope and home. She took her to a school called Mt.Kenya which has a special class for kids with special needs like Martin. I went to the school on Thursday and got the chance to talk to Martin’s teacher and she told me that he has greatly improved in his speech and I can attest to that because when she took me to his class I found him talking to his classmates. I also talked to him and he talked back at me. If I compare from the very first time I met him and now, I would say that he has greatly improved. He can even look someone in the eye and say something.

The lady who took martin in is really not that well off so she was finding it hard to take care of him and her kids too, but she has so much love in helping kids and that is why she decided to take him despite her financial issues. She is really grateful that HFN came through for Martin.