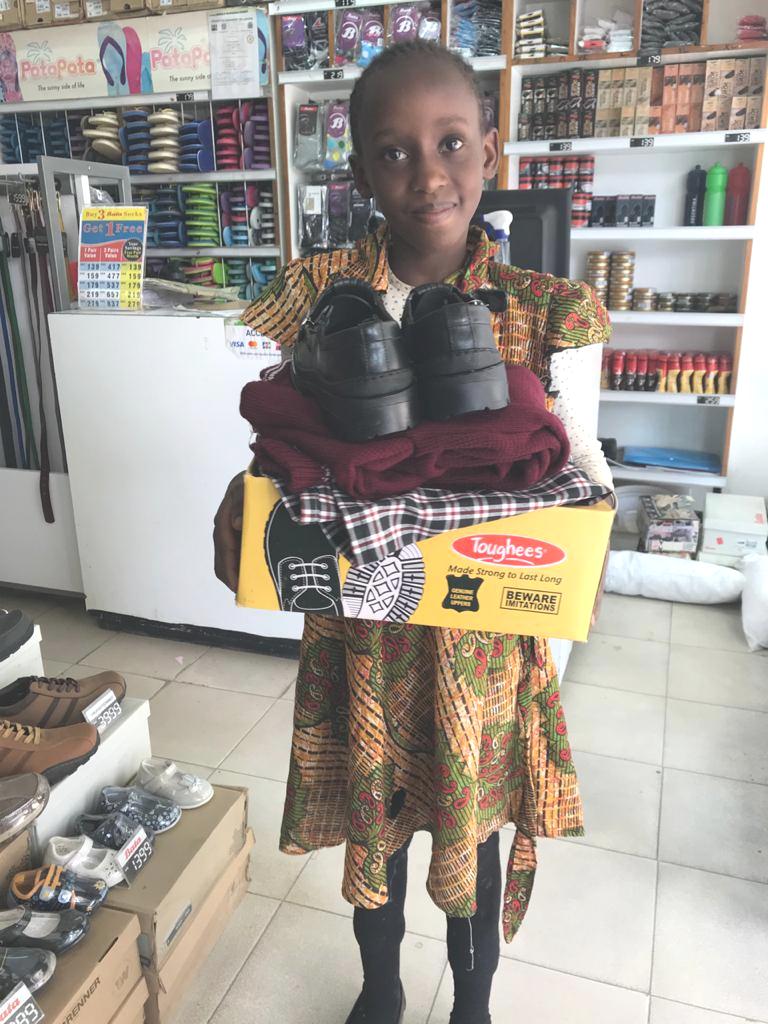 Mark is now living with his mother but am yet to know where because she moved to another town in order to avoid the Children’s officer from following up on Mark’s progress. Sharon lives with her father but it’s very sad that her father is very old and can hardly take good care of her.

I feel the decision by the children’s officer to take the kids back to the parents who abandoned them wasn’t a good idea because I believe these parents left their children behind simply because they didn’t want them in their lives.

I would really like us to help Sharon. The condition she is living in with her father is not good.  Sharon’s father pleaded with me to help him take care of Sharon. I decided to talk to Fridah who takes care of Martin, I told her what had happened to Sharon and that she really needs to  live with someone who can take  good care of her. Fridah is a kind person and she really felt sorry for Sharon and she offered to let Sharon live in her house during the weekdays and visits her father on weekends, in addition to that, due to the tough economic times in Kenya,  we have to be contributing 4000ksh  to cater for her food and upkeep. I went back and shared what I discussed with Fridah to Sharon’s father and he liked the idea and he said out of the 4000 ksh he can only afford to contribute 1500ksh, so he was requesting the organization to help him contribute the remaining 2500ksh. What do you think about that, should we help Sharon?

I bought school uniforms for Sharon and Mark when schools re-opened.I have attached a few photos.