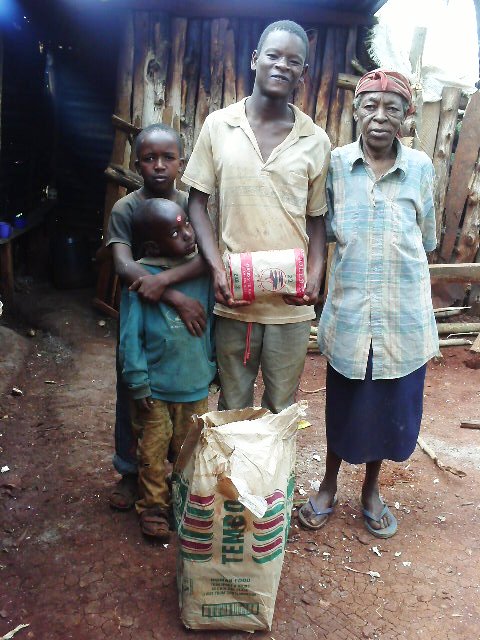 Mary Wairimu is an elderly lady and a guardian of eight children. She had three children but two have already passed away leaving behind five grandchildren and three great grandchildren. Two grandchildren have dropped out of school. Two are in secondary school and one in primary school. The three great grandchildren are all in primary school. The family was residing in a house that was raining inside but the area councilor assisted them with iron sheets and nails. The one acre piece of land that the family has is in dispute and they have a case in court. The major problem with this family is food, clothes, school fees and school uniforms. They rely on Hilfe Fuer Nyeri foodstuffs and clothes.