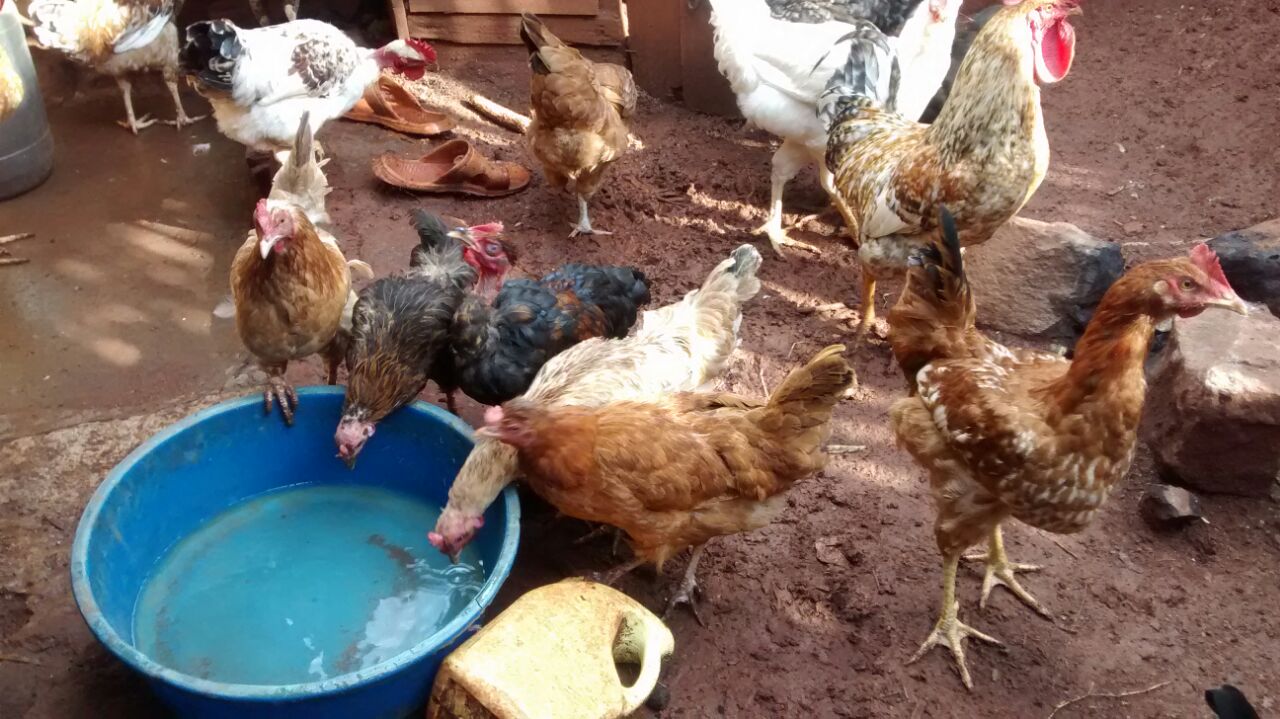 The chicken project is complete now!

The chicken project is complete now, on Saturday i was in nyeri to coordinate the building of the coop and all went well,the carpenter was fast enough to finish the coop on the same day. Then on Monday i went back so that we could buy the chicken. Wandia had already found a nice place with reasonable prices to buy them just in the neighborhood. Since it had rained alot and it was muddy wandia couldn’t accompany us to go get the chicken because its hard to push the wheel chair on a muddy road so her son accompanied me. We went , selected the best chicken and we bought ten of them,eight hens and two cockerels.

I have attached a few photos.

Wandia was very happy and she sends her gratitude to the HFN donors.